Centrally located in historic downtown Charleston, Husk transforms the essence of Southern food. Husk reinterprets the bounty of the surrounding area, exploring an ingredient-driven cuisine that begins in the rediscovery of heirloom products and redefines what it means to cook and eat in the South. 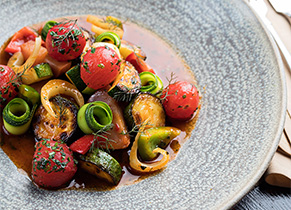