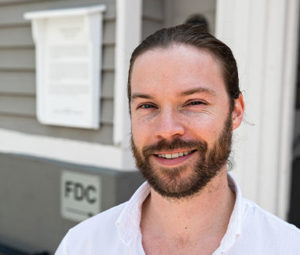 A Seattle native, Kevin King moved to Nashville, Tennessee when he was 21 years-old in search of a new city and change of scenery. While immersing himself in the fast-paced, hospitality-focused Music City, King quickly found his passion in restaurants and tending bar.

In 2013, he joined The Neighborhood Dining Group as a bartender at Husk Nashville, which launched his longstanding tenure with the restaurant group, where heâ€™s excelled at roles leading beverage programs and managing operations.

Using his beverage expertise to train staff and create cocktail lists that reflect the unique spirit of each restaurant, King has established the renowned bar programs at several concepts, including the former McCradyâ€™s Tavern in Charleston, SC and the Husk locations in Greenville, SC and Savannah, GA. He returned to Charleston in 2019 to helm the opening of Delaney Oyster House, where he served as General Manager at the seafood-focused restaurant and crafted a beverage list to complement Chef Shamil Velazquezâ€™s coastal cuisine. Continuing his growth within the company, King accepted a position as General Manager of Husk Charleston in 2021. He prides himself on continuing the restaurantâ€™s legacy of true Southern hospitality and cuisine that celebrates Lowcountry ingredients and purveyors.

When heâ€™s not at the restaurant, King can be found reading about food and beverage, or traveling the world to explore new bars and restaurants.