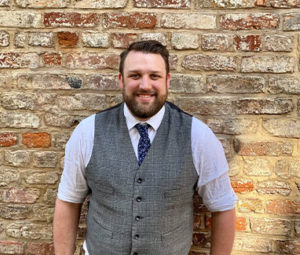 Steven Chandler is the General Manager of Husk in Charleston, where he oversees the restaurant operations and keeps the wheels of Husk turning. Craving a life by the sea, Chandler moved to Charleston area to join The Neighborhood Dining Group in 2022. Humbled by the opportunity to make a small mark on the iconic restaurant, Chandler sees himself as a support system for his team and aims to create and cultivate a collaborative culture between the front and back-of-house teams, where they push each other to be better every day.

Born and raised in Breckenridge, CO, Steven Chandler kept warm in his uncleĂ˘â‚¬â„˘s Italian restaurant, where his job was to tend to the flowers. The energy and buzz of the kitchen soon drew him in, and he began kneading dough and making red sauce on busy nights. From that point forward, restaurants always felt like home to Chandler.

After college, he officially started his hospitality career with an apprenticeship under Chef David Harker of Omni Hotels & Resorts, which lead to a Sous Chef position at Omni Hotel Nashville and later a Banquet Department Chef opportunity at Omni Interlocken Resort & Hotel in Broomfield, CO. There, Chandler oversaw operations management, inventory control, event planning, revenue generation, and the catering team.

In 2015, Chandler made the move back to the Music City and to the front of house, where he held various management positions at Kayne Prime Steakhouse and The Otaku Group. This transition from the kitchen to the dining room provides a unique perspective and informs ChandlerĂ˘â‚¬â„˘s well-rounded and empathetic approach to his role as a General Manager, where he is intimately familiar with where limitations lie and where boundaries can be pushed.

When heĂ˘â‚¬â„˘s not at Husk, you can find Steven exploring all that the Holy City has to offerĂ˘â‚¬â€ťfrom the ocean to the incredible food sceneĂ˘â‚¬â€ťwith his wife, Keri.